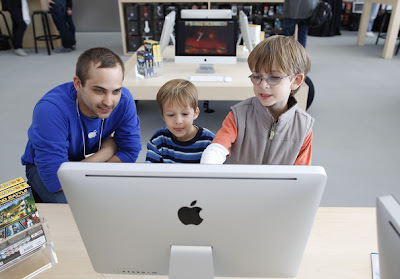 “The Consumerist”的讀者Matt，鋪了一個他十歲女兒存了9個月零用錢和生日獎金，去造訪蘋果店，想買iPod touch的故事。不幸，她光顧時間剛好碰到蘋果店關門哀弔Steve Jobs的時間.........故事，很動人：
“My daughter has been saving her birthday money and allowance for almost 9 months now so that she could afford an iPod touch with a camera in it.
As of this morning, she had saved the amount needed and headed to the Apple Store in Utah with my wife. They arrived at 10:30am, not realizing that the store would be closed from 11am to 2pm today. As they approached the store, two friendly Apple employees greeted them and said that they were sorry, but they were closed.
My wife pointed to my daughter who had a mason jar full of cash in her arms and explained why they were there and also pointed out that is was not quite 11am yet. They again said they were sorry, but could not let them in. My wife and daughter were sad, but understood and made their way to another store in the mall.
About three stores down, an Apple employee raced after them and explained that the manager was going to make an exception and let them in. When they were let in the store, they were the only customers in the place and every one of the employees stopped what they were doing as my daughter approached the register.
As she took all of the cash out of the mason jar, one employee stepped forward and said, "I don't mean to bother you, but I have to tell you that this made my day."
After the transaction had been made and my daughter and wife were on their way out, the store manager raised his voice and said to all of the employees, "Everyone, please give [redacted] a round of applause for saving her money and buying an iPod today."
My daughter was caught a little off guard by all of the attention and waved goodbye, then called me with the story.
Nice work Apple!
-Matt”
中文請見japp。
於 10/21/2011 02:06:00 下午 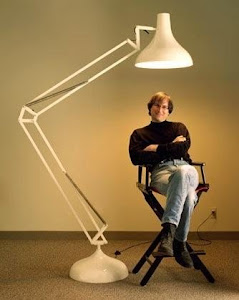